Slay your daily INSANITY or P90X workout and the pounds will melt off. But that doesn’t mean gentler workouts won’t help you lose pounds, too. Yoga has a reputation for improving stress levels, and its calming properties may help you work off the weight — not to mention that some forms of yoga are seriously sweaty.

Overall, research shows practicing yoga may work for weight loss when combined with a healthy diet and that the more often you practice yoga, the greater results you’ll see on the scale. In a massive study of more than 15,000 adults, those who had been practicing yoga for at least four years clocked in at a lower weight than those who went without a regular session.

But you don’t have to have do yoga for years to see results. A small study from South Korean researchers found obese women who practiced yoga for 16 weeks saw significant improvements in body weight, body fat percentage, BMI, waist circumference, and visceral fat compared to those who didn’t exercise.

How Does Yoga Help You Lose Weight?

“If you’re looking to burn the most calories, you want to find a class that incorporates a lot of strength positions and sun salutations, particularly chaturanga dandasanas (essentially, yoga push-ups),” says yoga instructor Seth Kaufmann. “In order to burn calories efficiently, you need to be moving and using the most amount of mass and muscles.”

You’ve probably heard about people sweating like crazy in heated yoga classes like Bikram, which has to translate to a ton of weight lost — right? Kaufmann says, “In theory a hot yoga class would burn more calories than a non-heated room because anytime the external temperature is extreme (hot or cold) your body has to work harder to maintain your core temperature homeostasis, thus burning calories.”

However, a small study from the University of Wisconsin-La Crosse found that yogastudents in a non-heated yoga class showed the same increase in core temperature and heart rate than in a hot yoga class. Another study from the Journal of Bodywork and Movement Therapies found 30 minutes of just sun salutations is invigorating enough to qualify as cardiorespiratory training, and helps a 130-pound person burn an average of 230 kcal. These studies point to the idea that your final caloric burn is tied closer to how hard you’re working rather than how hot the room is.

How Many Calories Do You Burn Doing Yoga?

The amount of calories you burn depends on the style of yoga, as well as your weight, gender, body composition, level of effort, and other factors. What follows are averages based on the Health Status calculator.

A 150-pound woman will burn the resulting number of calories for an hour of yoga:

A 190-pound man will burn the resulting number of calories for an hour of yoga:

OK, so should you do the most intense yoga possible if you want to lose weight? Not so fast. Even super mellow methods have their weight-loss perks. A small study out of the University of California, San Diego found that overweight women who practiced restorative yoga—which focuses less on increased heart rate and more on relaxation and stress reduction — still lost around 3 pounds and 31 square centimeters of subcutaneous fat after six months of practicing.

This may surprise you, but it makes sense to the experts. “If you’re super stressed, your body may actually respond better to yoga than cardio,” says Pete McCall, C.S.C.S., personal trainer and adjunct faculty of exercise science at San Diego Mesa College.

When you’re stressed, your sympathetic nervous system — that “fight or flight” response — is activated. Doing high intensity exercise revs the same system, but since the dial is already turned up, it can push your system into overdrive.

To counteract this, you need to activate your parasympathetic—or “rest and digest”—nervous system. McCall says, “By going to a gentle yoga class during a stressful time, you’ll be surprised that you’ll come out of it calmer and actually lose weight.” Kaufmann agrees, “There are many physiological benefits to yoga including stabilizing our nervous systems, improving respiratory efficiency, stomach function, hormone production, and, of course, increase strength and energy levels. These benefits in turn lower stress, improve sleep, and help the body recover and run more efficiently.”

Plus, over half of people who do yoga report that it helps them sleep better, according to a survey from the National Center for Complementary and Integrative Health. Since scoring less than five hours is directly related to more abdominal fat, says a study inSLEEP and additional research from the University of Chicago dieters who log a solid eight hours lose more fat than those who skimp on shuteye, it’s hard to deny the importance of sleep—not just for your quality of life but also for weight loss.

Yoga Has Psychological Benefits Too

“The greatest benefit of yoga for weight loss is learning how to love and care for yourself more, which helps you make better lifestyle decisions when it comes to caring for your body,” says Kaufmann. And the research agrees: a study in Qualitative Health Researchfound practicing yoga helped people develop physical self-empowerment, healthier habits, and better awareness of the self and the present moment.

“The core essence of yoga is to teach us to live fully present in the moment, accepting what is, and letting go of anything that doesn’t serve us,” says Kaufmann. “When we can live our life with more mindfulness we will make better decisions when it comes to what we do for our health.”

If you’re new to yoga, check out Beachbody’s new video series, 3 Week Yoga Retreat, to learn the fundamentals of yoga.

This is a great recipe to use leftover chicken and baked sweet potatoes. Don’t have leftovers? We’ll let you in on a little secret: the dish in the photograph above was made with a chicken breast from the deli section of the supermarket and a bag of frozen cubed sweet potatoes. And it was indeed hearty, and delicious!

Preparation:
1. Heat 1½ tsp. oil in a large nonstick skillet over medium-high heat.
2. Add onion and apples; cook, stirring frequently, for 6 to 7 minutes, or until mixture begins to brown. Place in a large bowl.
3. Add potato, raisins, chicken, sage, salt, pepper, and paprika; mix well.
4. Heat remaining 1½ tsp. oil in skillet over medium heat.
5. Add apple mixture, pat into an even layer in pan; cook, without stirring, for 2 minutes.
6. Stir gently; cook an additional 2 minutes, or until it begins to brown. Serve immediately.

It’s that time of year again.

The kids are back in school and it is cold and flu season everywhere you look.

One of my personal favorite things growing up was a hot cup of soup when I was feeling under the weather. Back then, it was good ‘ol Campbell’s Chicken Noodle, but now as I have my own family, I have learned to make a few of my old favorites a little bit healthier.

Looking to make you sick kiddos something to eat when they are sick? Try out this recipe. It is quick, easy, AND healthy on their little tummies.

What is your favorite soup when you’re feeling under the weather?

Have a large family or want to have leftovers? I would definitely DOUBLE this recipe! That way you have plenty to go around.

See you next time!

These arms. 💪🏽
.
Man what they’ve been through in three years……
.
They’re what locked tight around my husbands arms on the day we said “I do.”
.
They’re what have taught hundreds of Spanish lessons through song, dance, and imitations to middle and high school students.
.
They’re what have held onto various friends and loved ones over the last few years in both sadness and joy.
.
They’re what rock my most precious miracle, our baby boy Hudson to sleep and hold him, reassuring him he is safe and loved.
.
They’re what hug my husband every day when he walks out that door, and then when be returns too.
.
They’re what allow me to respond to messages from women looking for support on their health and fitness journeys.
.
They’re my strength. They’re a gift. They tell a story.
.
My arms used to be something I was insecure about. I never had any muscle tone or definition. I always had that back arm “flab” that dangles some when you wave at someone across the hall.
.
Even on my wedding day, the picture in the left, I see my arms there and I think nothing special about them other than that they are just….there.
.
Over the course of three years from when that picture was taken, my arms have taken me through a lot of things.
.
As I was finishing up my upper body workout tonight with my husband, I could not help but think about how grateful I was for these two body parts as funny as it may sound.
.
The one area on my body I hated to see pictures taken of because to me they looked “fat”, is now the one area I love most! Simply because, to me, they tell an incredible story.
.
So much fight, hard work, love, tears, tenderness, and diligence has gone into making my arms a strong and secure place. And through all of that, I’ve experienced some pretty amazing things with these two arms.
.
They are a symbol of my strength. A symbol of my dedication to working hard.
.
It’s hard sometimes to focus on what you LOVE about your body when we live in a society that tears everyone down so quickly. Try it though!

What is one thing you have grown to love about YOUR body? What is your#TransformationTuesday?

Who has time for a long workout anymore? Not this mama!

Good thing is….it doesn’t have to take long to get in a quick workout! And believe me, it’s always worth it.
Needed to get moving again after a long morning of good work projects, so I put this together real fast.👍🏽

Repeat each move for 1 minute.

15 minutes later you’ll be sweaty with a raised heart rate and feeling great!

Let me know what you think!👊🏽 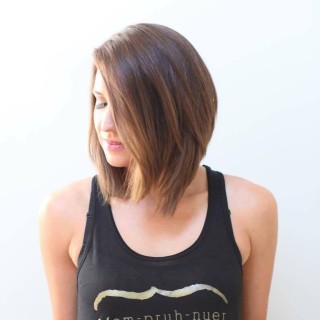